Today, we will look at the British provider 1×2 Gaming, a founding brand and a subsidiary of another major market player, namely 1×2 Network.

1×2 Network is known as a provider of virtual soccer and fixed odds games. 1×2 Gaming, in turn, focused on creating online slots for casinos around the world.

A characteristic feature of the company is complete independence in developing and using their own ideas, rather than “blindly following the mainstream”.

The Best Casinos With The Vendor 1×2 Gaming

The company 1×2 Gaming has been known for a long time and has managed to earn an impressive audience. Therefore, the best casinos always strive to have it in their arsenal and closely monitor the novelties. For your convenience, we have made a list of casinos, which feature slot machines 1×2 Gaming.

Provider 1×2 Gaming was founded in the UK in 2002. The headquarters is located in the British technology center, Brighton & Hove.

During 20 years of active development, the provider managed to release a large number of diverse products, among them virtual sports, more than 80 slots, various table games, and even scratch cards.

The company regularly participates in various exhibitions and online competitions, receiving prestigious awards for its activities. For example, in 2020, the company won the nomination RNG Casino Supplier of the Year at the GA conference.

It is also worth noting the active cooperation with other companies, both in the release of slots, as well as when entering new markets. For example slots, Blood Queen, Rainbow Wilds, Pirate Kingdom Megaways, and some others were released in cooperation with Iron Dog Studio. And entering the Danish market would have been much more difficult if not for the partnership with 888.

These days, slots producer 1×2 Gaming is a subsidiary company of 1×2 Network but continues to exist as a separate brand, due to the fact that it managed to earn great fame and gain an audience. It is also worth noting that 1×2 Network includes other well-known providers, namely Iron Dog Studio and Leap Gaming.

Despite the fact that the company was originally engaged in the development of virtual soccer, at the moment in the provider’s portfolio there are almost all products presented in the industry. From everyone’s favorite slots to roulette and card games.

What Does Game Provider 1×2 Gaming Offer?

In every product of the gaming industry, there are a number of important parameters that form the reputation of the provider. Such parameters as software quality and reliability, together with a wide range of games and their level of adaptation for mobile devices, create a unique atmosphere and allow every player to enjoy the process. Game manufacturer1x2 Gaming is no exception. It is on these aspects of the provider that we will now dwell in more detail. 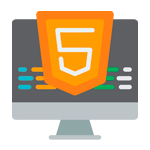 Slots from 1×2 Gaming are built on 2 architectures, this is already somewhat outdated Flash, the main disadvantage of which is the inability to play from mobile devices, and the popular HTML5. But if you prefer to play from your cell phone, you don’t have to worry, because the old provider’s products developed in Flash are duplicated in HTML5 as well, so there won’t be any problems. 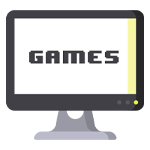 There are no specific themes in 1×2 Gaming slots, but it is worth noting that the provider often develops games on the theme of various mythologies, such as Asgard Warriors or Theseus Rises. Also in the arsenal of the provider a lot of games with maritime themes, such as Blackbeards Compass or Pirate Armada. 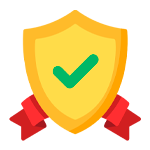 Since the provider has been on the market for quite some time, there is no doubt about the reliability of its software, because the use of modern encryption models, together with the game on their servers, eliminates the possibility of intruders to interfere in the game and affect the outcome.

As already mentioned, the provider’s products are well adapted to the game from cell phones, as they are built, for the most part, on HTML5.

The provider is characterized by a large variety of game mechanics, as well as high multipliers in many slots, reaching x75000 of the bet. Also, players are always interested in the bonus game purchase feature and the average RTP of the provider. All these aspects we would like to analyze in detail.

In some games, there are several types of setters, each of which triggers a separate game. This mechanic is presented in the Battle Maidens slot.

Classic wild symbols that become sticky under certain conditions, such as during a bonus game. The mechanics are presented in the Medieval Mania slot.

Mechanics, typical for book slots. Before the start of the bonus game select a random symbol that will expand over the entire reel at the match. Presented in slots series Book Of, such as Book Of Merlin.

Special wild symbol with a random progressive multiplier, which is also a scatter, and on a roll of 3 rockets triggers a bonus game. Presented in the Solar Nova slot.

A classic avalanche mechanic that removes played symbols and replaces them with new ones falling from the top of the reels. Presented in many slots, such as Santa’s Big Bash Megaways.

As it was already noted, the provider is characterized by high maximum multipliers. That’s why we’ve made a table for you, in which we’ve highlighted 5 slots with the highest multipliers.

In the slots provider is available to buy bonus games, so we decided to compile a small list of the most popular games in which you can buy a bonus.

The average RTP of the provider is 96%. And there are slots with RTP around 98% and 94%. So we decided to give you tables of 3 slots with the highest RTP, and the lowest.

Slots with the highest RTP:

Slots with the lowest RTP:

The provider’s features include a large variety of products and thematic concepts. Also an important criterion is the variability of game mechanics and bonus games, as some slots have several types of scatters at once, which gives interesting combinations in bonus games.

A huge plus is the active cooperation with other providers, both inside and outside the company, as it creates an organic symbiosis, the product of which are rich and interesting games.

And of course do not forget about the excellent adaptation of slots for mobile devices, so you can play from the comfort of not only a desktop computer, but also cell phones and tablets.

Now we would like to take a closer look at the slot machines from the provider. To begin with, let’s note their qualitative elaboration, both from the side of the graphic component and creative approach to mechanics. As the provider, itself states, the main thing in game development is complete independence, which allows developers to produce unique products, not just copy popular trends.

Let’s take a closer look at some of the provider’s most popular games.

It is the first slot in the series of the same name, the main feature of which is several types of scatters, which gives high variability in the bonus game.

The game features several interesting mechanics based on different types of wild symbols, among them regular, transforming, sticky, and even expanding. All of them fall on 2 to 4 reels.

To start the bonus game, you need to fall at least 3 of the same type of skitter, after which begins 10 free spins.

Let’s look more closely at the types of scatters:

This slot dedicated to the theme of the Middle Ages.

During normal spins, the mechanics of wild symbols are presented, which are transformed into sticky symbols during the bonus game.

A roll of 3 scatters is required to start the bonus game, after which you get 5 free spins. During the bonus spins, wild symbols become sticky and stay sticky until the end of the game. Also, each wild symbol gives 1 additional spin.

It is a classic book slot dedicated to the wizard Merlin from the tales of King Arthur.

The slot features the mechanics of a wild symbol that substitutes for any other symbol.

To start the free spins you need to knock out at least 3 scatters, after which the bonus game will start, where you select the symbol that expands the entire reel when you play.

Since the provider is part of 1×2 Network, there are a number of other providers similar to it. First of all they are Iron Dog Studio and Leap Gaming.

Also, you should pay attention to the providers that release slots with similar themes, namely Play’N’Go and Relax Gaming.

Pros And Cons Of 1×2 Gaming

In general, the provider is quite versatile both in terms of released products and in terms of the variety of in-game mechanics. It actively takes care of its players and releases products on various themes, as well as perfectly adapts them for mobile devices. An important feature is a fairly high maximum multiplier in some games, and excellent graphics and music components. For clarity, we would like to present its pros and cons in a convenient form.

To sum up, we would like to note once again the provider’s high productivity and creative approach to development, thanks to which its arsenal includes unique games that are interesting to play. An important fact is the presence of specific games such as virtual soccer and scratch cards, which will appeal to those players who are tired of the usual slots.

And of course we shouldn’t forget about active cooperation of the provider with other studios, thanks to which interesting products often come out, which combines the great experience of developers.

What types of products can you find from a provider?

Does the provider have a license?

Who are the slots provider suitable for?

Any player can find a suitable slot because the provider portfolio includes games on entirely different subjects and with different volatility, as well as a large number of popular mechanics and ideas of their development.

Can I play games on my cell phone?

Even though the provider has existed for quite some time, and many of the games came out more than 10 years ago, you can play their products from a smartphone or tablet, as all the new items are released in HTML5, and old Flash games have a modern adaptation.